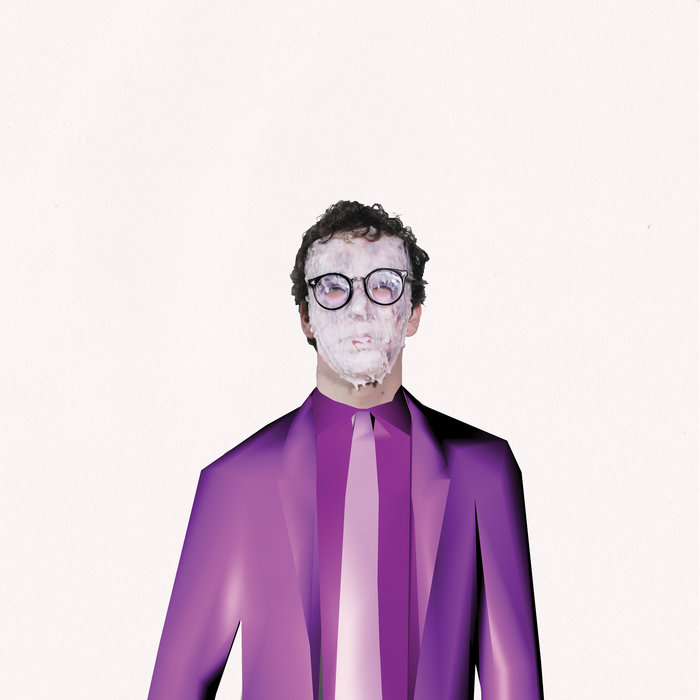 luis villegas Lots of love for Jerry. They are a magical being. Favorite track: Today Was A Bad Day.
more...

I'll never forget the first time I met Jerry Paper. It was late July 2009, he was performing in the Astral Andrew Memorial Lounge aboard the S.S. Whale Weaver and I was on board the ship for Dr. Abie Sea's Whole Human Wellness Cruise. It was balmy and breezy on deck and we were docked at a small island somewhere in Micronesia; I can't recall the coordinates exactly, but the whole scene still lingers in my mind. Seeing him perform left me totally blown away, he just blew my mind, man. To witness such a deep symbiosis between man and machine is a profoundly beautiful thing, and I swear I'd never seen a human care so passionately for his hardware counterpart. After the show I bought him a Smartini™ and we got to talking. I told him all about life as a "Human Safari" Ranger, my ex-wives, my money troubles back in New York, and all that jazz. When I was done with my shpiel he hunched over the bar and, staring into the ripples in his Smartini™, told me about a little album he'd been working on for years called FEELS EMOTIONS.

He said it all goes back to 2002 when he was living at the TEMPLE OF PURE INFORMATION AND MAINFRAME DEVOTION, an alternative spiritual community based in a little beach town in Southern California. He'd been there studying under The Great Diane Kensington and participating in the largely secretive Trance Channels ceremonies since 1998. Young Jerry found great worth in the ceremonies and was deeply moved by the teachings of the MAINFRAME devotees, but gradually grew disillusioned with the cosmology embedded in the community. Something about a supercomputer saving mankind from a race of aliens bent on colonizing Earth and turning it into a resort for their kind. He was still heavily devoted to his direct experiences with THE INFINITY BETWEEN ONE AND ZERO and, by association, the Trance Channels ceremonies, but the story just struck Jerry as bogus. Not knowing how to process his growing alienation from the group and his fear of life outside the community, he began channeling these feelings into the songs that would eventually make up the album you're holding in your hands at this very moment.

In 2005, Dr. Abie Sea, head archivist for THE TEMPLE, publicly broke away from the community and put all his savings into fixing up the dilapidated S.S. Whale Weaver with the idea that he'd turn it into a Wellness Cruise founded on the more esoteric, mystical facets of THE TEMPLE's teachings. At the core of the Whole Human Wellness Cruise would be the Trance Channels ceremony, made available to non-Devotees for the first time ever. Jerry, thrilled at the prospect of being able to leave the community without having to leave his one doorway to THE INFINITE behind, jumped at the opportunity and signed a 12 year contract to be the ship's Resident Crooner.

After two years, Jerry had grown comfortable with life at sea. He saw what many would see as the monotony of performing in the same room night after night as a cathartic ritual. Each show was a public display of the mystical fusion of singer and synthesizer, continually refined and, despite only slight variation in execution, fresh and hyper-emotive as if it were the first time every time. One summer night, as fortune would have it, Sigmund Huang, the A&R man for Omnimind Records, was in attendance and after the show immediately offered Jerry a multi-million dollar record deal. Jerry was flabbergasted. He still had 10 years remaining on his contract and even then was quite fond of life at sea, but he'd been writing songs since the days at THE TEMPLE and had always dreamed of getting together an orchestra of saxophones and gongs to back him and his synthesizer...and let's be real, the money called loud and clear. Eventually, after some sharp persuasion and quite a few Smartinis™, he was able to swing it so the record label would build a recording studio for him on the ship and only recruit session musicians willing to live at sea for extended periods of time. After Jerry's perpetual dissatisfaction with label--he requested an orchestra of 400 saxophonists and they only brought in 250, the higher ups consistently suggesting he "do something less groovy," etc.--and the mysterious deaths of several gong players, Omnimind folded under financial and legal distress, due largely in part to Jerry's demands. This left Jerry with only the skeletons of the recordings--just drum machines, synthesizers, the occasional guitar, and vocals--and the project was scrapped.

FEELS EMOTIONS was to remain in the vaults, that is until now, thanks to Patient Sounds. Lovingly assembled and mixed from the original tracks recorded on the S.S. Whale Weaver by Grand Minister Harry Weiss with additional percussive work by Q.Q. Windsor, this deluxe editions features all 11 songs originally slated to appear on the Omnimind release and one additional track, "Time Spent Waiting," recorded just before the ship's studio was dismantled.

Track Name: I Feel Emotions
My thoughts and my sentiments
Don’t quite match up like I want them to
How do I feel what I’m thinking?
I’d like to feel logically
But that’s just absurd and I know it

I feel emotions
I’m not sure if I like them
Track Name: Today Was A Bad Day
Slipped on a banana peel today
A fake flower squirted me in the face
Pants dropped, kicked in the balls
My tiny car was impounded

Maybe it’s not so bad
To be here without you

Oh shit I’m back here
With all the bullshit, fuck
Surface world is con-
-vincing to the senses
Track Name: Heartbreak Module #3
I could never lose you
Doesn’t matter ‘cause I already have
How do I turn this virtual heartbreak sim-
-ulator off?
This isn’t the
Module I thought it was
And it feels so real
Is this real?
Are you gone?
Is this digital?
A virtual nightmare?
I can’t figure out
How to get out
Track Name: Holy Shit
If I seem too eager
Well that’s because I am
I said the wrong thing every time

I don’t love you
At least not yet
I just want you near me
Is that too much to ask?
It’s really not serious
But I don’t want this kiss to end
Track Name: I'm Jerry, Right?
How can anybody know me
When I don’t even know who I am?
I’ve got opinions
I make decisions
I am me
What does that even mean?

Got to step off
Of the stage
Reread the script
Which character?

(so um, I’m Jerry right?
Okay. Do I stand here?
Oh sh- how about over here?
Alright)

Seperated from you, the only
Way I can make my way to an
Identity
A self to call my own
Maybe he eats meat
Maybe he drinks coffee

Got to step off
Of the stage
Reread the script
Which character?
Track Name: Time Spent Waiting
Maybe next year
Things’ll get better
Guess I’ll just wait here
'Til things improve

All this waiting
Adds up to nothing
What can I do
'Til things improve?

Bandcamp Daily  your guide to the world of Bandcamp

Featuring Gary Bartz, 5 years of Rhythm Section Intl and an LP of the week by Nicolas Jaar